The Brisant E Anti Snap Lock offers snap resistance from both sides and is not a handed cylinder like the Avocet Abs and Yale Anti snap.

The key number is engraved onto every key as well so there’s no registration card have to retain like with some other anti snap locks which means as long as you have one key left with the number on then obtaining a spare key is easy for the customer. The Brisant E will also only be available to locksmiths and not the general public which means if people want them fitted they will have to use a local locksmith instead of being able to buy there own locks online. 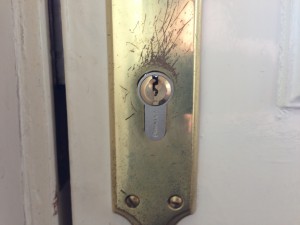 What makes it Anti snap?

The anti snap part of the lock is made up of two parts, the first is a sacrificial cut in both sides of the cylinder which again takes the handing issues with other locks out of the equation. The second part is a reinforced connector bar which is exactly the same connector bar as found in the Avocet Abs and is also a similar idea to the Yale anti snap euro lock.

The big question, does it work?

It most certainly does work, I have just tested one on a real door. The cylinder was a 35mm x 35mm fitted to the door with the handle removed to simulate the handle being snapped off first to provide access to the lock. 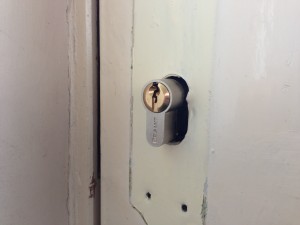 The only tools I used were a standard burglars snapping kit, which is a big flat screwdriver and a pair of mole grips. So firstly I decided to snap it with the grips on the top and bottom of the lock instead of side to side. I tried it this way because Steve once showed me that on certain cheap anti snap locks this will bypass the sacrificial cut and still snap the lock at the cam. I’m not going to say which locks this works on because this is also a blog for the public to read as well as locksmiths! After putting the mole grips as tight as they would go and trying to force the cylinder downwards all that happened was the grips crushed the top of the key way a little and then slipped off the lock, I tried this four times before giving up and deciding to try and snap it side to side. 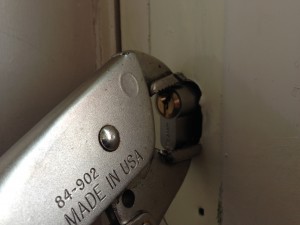 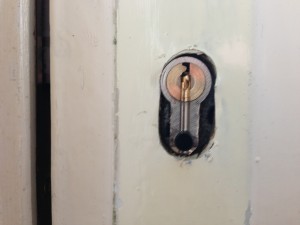 So next I decided to wedge a big flat screwdriver down the side of the lock and try bending it side to side but this resulted in the cylinder not budging and the metal skin on the door starting to bend and disfigure. The last resort was to knock the screw driver into the key way and basically just rag the cylinder around, up, down left and right but I still got nowhere and could not manage to get the door open. To my surprise I tried the key in the side of the lock I had just battered for 10 minutes and it still worked, which means if somebody attacked the lock from the outside the customer would still be able to get back in. 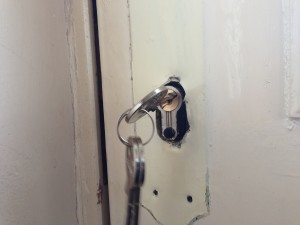 What do I think?

The Brisant E is truly a brilliant lock for the price, it is even cheaper than some of the budget anti snap locks that don’t even work! I would honestly say it is as good as some as the premium priced anti snap locks out there and it is so easy for locksmiths to stock with its non handing and only having one finish type to deal with. I will certainly be stocking the Brisant E in the van so I can offer customers a cheaper anti snap lock as well as the premium British standard ones we already offer.

For anti snap locks fitted in Glasgow and surrounding areas please see the links below.